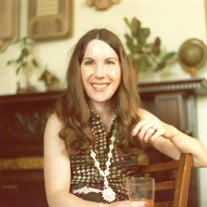 Carol Lou Ficht, age 73, passed away peacefully on Sunday, May 19, 2019, from complications of Progressive Supranuclear Palsy (PSP). Carol was born June 12, 1945 in Cleveland, Ohio to Carl Louis and Lucille Louise (Murphy) Haas. After graduating from Rocky River High School as Valedictorian, she attended the University of Michigan where she received a Bachelor of Arts with Distinction High Honors in Spanish. She continued her education at Brown University where she received a Master of Arts in Hispanic Studies. From 1970 to 1989, Carol worked for Newton Public Schools in Newton, Massachusetts, where she taught all levels of Spanish from basic to honors and beginning French at both the junior and senior high schools. In 1991, Carol and her family moved to West Linn, Oregon where she resumed her teaching career as a Spanish Instructor at St. Anthony’s and Clackamas Community College. Carol enjoyed reading, traveling and actively participating in various groups and professional organizations such as the American Association of University Women. Carol is preceded in death by her husband, Walter. She is survived by her son, Christopher; sister, Kay (Ted) Humphrey; niece, Tara Humphrey; nephews, Eric (Susan) and Sean (Stacy) Humphrey; grandnieces, grandnephews and a close-knit group of friends. Services will be held on Tuesday, June 4, 2019 at 11:00 am at Hillside Chapel, 1306 7th St., Oregon City, OR 97045. In lieu of flowers, donations can be made to the Cure PSP Foundation at www.psp.org

The family of Carol Lou Ficht created this Life Tributes page to make it easy to share your memories.

Carol Lou Ficht, age 73, passed away peacefully on Sunday, May...

Send flowers to the Ficht family.