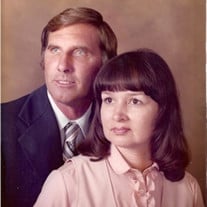 Charles M. “Chuck” Schroeder Sept. 21, 1935 – Nov. 18, 2011 Judy K. Schroeder Feb. 2, 1940 – Nov. 1, 2008 Charles Martin Schroeder joined his wife in heaven on 11/18/11 after a two year battle with lung cancer. He was 76 years old. His wife, Judy Kay Schroeder, succumbed to the same disease three years earlier. He was a fighter to the end and died in his own home on his own terms. Chuck was born on Sept. 21st, 1935 in Enid, Oklahoma to Ervan and Dorothy Schroeder. He grew up on the family farm, the oldest of five children. As the oldest, some of his duties, as well as being a baby sitter for his siblings, were to milk the cows and drive the receiving truck (at age 10) while wheat was being harvested. Chuck attended St. John’s Seminary School in Winfield, Kansas. At age 13, after a weekend at farm, he and his brother Gene would hitchhike nearly 80 miles from Enid to Winfield to go to school. At St. John’s he was pitcher on the school baseball team. After graduation, he spent four years in the Marines. Upon honorable discharge from the service, he worked as an airplane mechanic at Boeing in Wichita, Kansas. Charles met Judy Byers while cruising in his beloved ’56 Chevy. It was love at first sight. They married on June 29, 1958. After their first son, Brad was born in Wichita in 1959, they moved to Brea, California. Sons Jeff and Steve were born in 1960 and 1962. In California, Chuck held several jobs including running his brother’s gas station (while Gene was in the military), milk delivery man, truck driver for Coca Cola and a regional manager for Tastee Freeze restaurants. In 1968, Tastee Freeze transferred him to Portland, Oregon. The family eventually settled in West Linn where the boys went to elementary and high school. After leaving Tastee Freeze, he was self employed until retirement. During summer breaks, he would take his three boys to work with him where he instilled the value of a good, hard day’s work. That strong work ethic lives on with his three sons today. In his earlier years, he loved to listen to music (preferably classic country) camp, fish, hunt, water-ski and coach Little League baseball. Chuck was preceded in death by his parents, two brothers, Eugene in 1967 and David in 1983, and his wife, Judy in 2008. He missed his wife terribly. After Judy’s passing he never took down any of her paintings, made sure all her indoor plants were cared for and never slept in their bedroom again. He is survived by sisters Kathy and Judy, sons Brad, Jeff (Denise) and Steve (Mary), seven grandchildren and three great grandchildren. The memorial will be held at Hillside Chapel in Oregon City, at 12:00 noon on Wednesday, 11/23/11. The service will be presided over by Pastor Harold Hingst, an old schoolmate from St. John’s. Chuck will be laid to rest beside his wife, with full military honors, at Willamette National Cemetery in Portland. Arrangements are in care of Hillside Chapel. In lieu of flowers, a donation can be made to the American Cancer Society. PDF Printable Version

The family of Charles M. Schroeder created this Life Tributes page to make it easy to share your memories.

Send flowers to the Schroeder family.