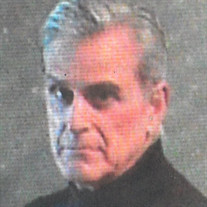 Christopher Dea Alexander, 76, left this world on January 5, 2022 to be lovingly accepted into the arms of his creator and to be joined with his parents, Robert Dean Alexander and Eve Lynn Goodall Alexander. After having graduated in 1963 from Southwest high school in Kansas City, Missouri, “Kit” decided to forgo a football scholarship and instead, serve his country as a U.S. Marine. From Camp Pendleton, California, he became a Primary Marksman Instructor at MCRD, Parris Island, South Carolina, and was later deployed to Chu Lai, Vietnam, with the 3rd Brno. 3rd Marines, where he earned his three stripes as a Sergeant E-5 and was awarded a Purple Heart. After military service, Kit attended Baker University in Baldwin, Kansas. At a later time in his life, Kit gained proficiency in Wing Zhun and earned black belts in both Aikido and in Taekwondo (second Degree); and his garage in Oregon City, Oregon became his dōjō. In addition, Kit held Instructional classes in women’s self-defense. Professional organizations included MOPH Military Order of Purple Heart, USWC Affiliate of the World Taekwondo Federation, and CAA California Aikido Association. Kit also decided that Chris was to be his new nickname, which was his calling until the end of his life by all but his family who still loved him as “Kit.” And Chris he was as he wrote and published several political books, two of which were Truth The Political Answer Dangerous Times Ahead and Two Truths, Two Justices. As a patriot, he was also lead to operate a blog, “USAUnitedStrengthinAmerica” and a weekly radio broadcast on station KKPZ, “USA Defenders, Keeping America Informed”, with guests of notoriety such as Allen West and one of the Kendrick brothers who are Christian movie producers and on KDPQ, in Portland. He also spoke in presentations made by Americans for Prosperity, Liberators 11, and Tea Party. Kit leaves behind loved ones, his wife Sonya, of Oregon City, Oregon; his daughter Jenifer Ann Alexander, of Marco Island, Florida; his sister Stephanie Hamil, Leawood, Kansas; and nephews Andrew Hamil and Alexander Hamil, Kansas City, Missouri.

Christopher Dea Alexander, 76, left this world on January 5, 2022 to be lovingly accepted into the arms of his creator and to be joined with his parents, Robert Dean Alexander and Eve Lynn Goodall Alexander. After having graduated in 1963 from... View Obituary & Service Information

The family of Christopher D. Alexander created this Life Tributes page to make it easy to share your memories.

Send flowers to the Alexander family.