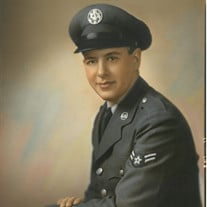 Donald L. Fisher 1930-2018 Don passed away peacefully in his sleep on April 26, 2018 at the age of 87 due to a long battle with cancer. Don was born in Oregon City, Oregon to Ray and Gertie Fisher. He spent his childhood growing up on the family farm in Carus, Oregon. During his adolescent years on the farm he was surrounded by family who also had farms near his homestead. Being close with his family was rejoicing because he spent his Sunday dinners and holidays enjoying their company. Don spent a substantial amount of time learning new hobbies with his family. Fishing was always a favorite hobby of his and he enjoyed spending his time fishing with his grandfather Herman, his dad Ray, and his son Mike. Don was well known for catching his limit and telling a great fish story or two. The outdoors was a special place of bonding and gratitude with family not only for the special times they spent together but also for the fact that they mastered their crafts. Don attended Oregon City High School and graduated with his class in 1949. During high school he met Jean Maulding, his wife of 56 years. Jean was a majorette in high school and Don played sports with his favorite sport being baseball. After Don completed high school he spent two years working in a sawmill. Since Jean was a few years younger they dated until Jean graduated and were married on June 8, 1951. In 1950 he joined the Air Force along with five of his best friends. During the start of their journey in the Air Force, Don and Jean spent their honeymoon at Niagara Falls then traveled south and lived in Holy Oak, Massachusetts where Don was stationed. They soon got orders from the military to leave for Greenham Commons, England and spent four years there. During their time in England Don and Jean had their first child Debbie. After Don’s duties overseas was completed they returned back to the states with Debbie where Don was given orders to be stationed at Langley Air Force Base in Washington, D.C. where their second child Mike was born. In 1966 Don received orders to serve a tour of duty overseas in Germany where he was stationed out of Ramstein Air Force Base for three years. While serving in Germany he became involved in the Israeli seven-day war and was on lockdown duty for about two weeks. During Don’s services in Germany the family of four got the privilege to travel throughout Europe to Italy, France, Belgium, Luxembourg and Austria. In 1966 the Department of Defense honored Don with his Air Force Commendation Medal. Furthermore, in 1969 he received his Joint Service Commendation Medal for his tour in Germany. After Don’s services were concluded in Germany in 1969, the family returned home to Klamath Falls, Oregon. Don and his family moved frequently within the states due to other Air Force assignments. In 1970 Don was one of the few selected from across the United States to partake in simulated war drills in Florida referred to as William Tell. His team came in second place and as a result these games appeared on TV through the Wide World of Sports. Charles Kuralt interviewed Don and they discussed his competitive strategy. Don retired from the Air Force in 1970 where he held the rank of Master Sargent. In 1971 Don and his family moved to Gladstone, Oregon and his career path changed when he was asked to become a Federal Meat Inspector by the FDA. Don worked with the FDA for 20 years and managed the western half of the United States from Alameda, California and wrote their Total Quality Control Programs for the FDA. After retiring Don and Jean built their dream home in Beavercreek, Oregon. Don pursued his hobbies of fishing, hunting, clamming, camping, and flying prop planes with family and friends. He loved to work in his garden and spending time cooking with Jean. Furthermore, Don was a person who led by example and who displayed a foundation of honesty, integrity, and hard work. Don had a good heart and was a great man. He will be sorely missed. Don is survived by his daughter Debbie Dierickx, his son Mike Fisher, and his daughter-in-law Lisa Fisher. His surviving grandchildren include Kyle Fisher, Jon Dierickx, Stacey Raihala and Stacey’s husband Mark Raihala. Don’s surviving great grandchildren include Luka Raihala, Caden Raihala and Mackenzie Raihala. Don’s surviving siblings include sister Marlene Litson and brother Daryl Fisher.

Donald L. Fisher 1930-2018 Don passed away peacefully in his sleep on April 26, 2018 at the age of 87 due to a long battle with cancer. Don was born in Oregon City, Oregon to Ray and Gertie Fisher. He spent his childhood growing up on the... View Obituary & Service Information

The family of Donald Lee Fisher created this Life Tributes page to make it easy to share your memories.

Don passed away peacefully in his...

Send flowers to the Fisher family.