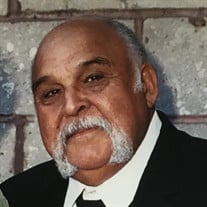 Earl ‘Pete’ Balch Earl Edwin ‘Pete’ Balch, age 81, from Milwaukie, passed away on June 25, in Tualatin, Oregon. Pete was born on June 12, 1937, in Covina, California, to Guadalupe Garcia Balch and Edwin Earl Balch. He attended Citrus High School in Glendora, California, later completing a GED. Pete served as a second class petty officer (Engineman) in the United States Navy from 1955 to 1959 and as a reserve from 1959 to 1963. Pete was stationed on the USS Dixie in San Diego, California. His tours included: Yokosuka, Japan; Sasebo, Japan; Hong Kong, China; and Manila, Philippines. He married Carol Franklin on October 3, 1959. Pete was raised in Azusa, California, and after their marriage, Pete and Carol moved to Duarte, California, where they resided until 1972. They then established residency in Milwaukie, Oregon. While still living in California, Pete worked as a tool grinder for Rainbird, Witteman Company, and Bertea Corporation. After moving to Oregon, Pete worked for Warn Industries in Milwaukie, Oregon, where he retired after 26 years of service as a tool grinder and supervisor. He also served as a representative for General Broach Company of Morenci, Michigan. Pete was a member of the Canby Gun Club and the National Hot Rod Association. His love of cars began at an early age. He began drag racing at Irwindale Raceway in the 1950s. During the 1960s, he built his race car, The Assasin, a chopped 1957 Chevy hardtop, which was featured on the cover of Hot Rod Magazine Yearbook #12 in 1972. His love of cars continued until his passing. He was always searching for old cars to rebuild, car parts to collect, or any other project related to cars. When he wasn’t hunting for cars, Pete was hunting deer, elk, antelope, ducks, pheasant, and sage rats. Some of his favorite hunting spots were East Sled Springs, near Enterprise, Oregon, Steens Mountain, and Wyoming. He also enjoyed fishing and camping, especially at Paulina Lake, and always with family. Although he loved cars, hunting, and fishing, Pete’s love for family always came first, including his family in all the activities he loved. Pete is survived by his wife of 58 years, Carol Balch; and daughters, Toni Gibson (Brian), and Julie Ellis (Jason). Pete will also be lovingly remembered by his grandchildren, Jennifer Costanzo (Scott), Justin Gibson and Addie Ellis; and great-grandsons, Nicholas and Joshua Costanzo. Pete was preceded in death by his mother, Guadalupe Garcia; father, Edwin Balch; brother, Robert Thompson; and grandson Jonathan Gibson. Funeral services will be held on July 9th, 11:30, at Hillside Chapel, 1306 7th Street in Oregon City. Procession immediately following for 1:30 Committal at Willamette National Cemetery.

The family of Earl E. "Pete" Balch created this Life Tributes page to make it easy to share your memories.

Send flowers to the Balch family.