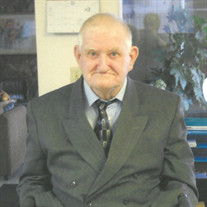 Eldon Richard Schooley Jr. was born to Eldon and Helen Schooley on March 12, 1937 in Gladstone, Oregon. His family was under quarantine from Scarlet Fever at the time, so he had to be born in the family home which Eldon Sr. had converted from his family's barn. From childhood to adulthood, if Richard came into the house without closing the door, someone would inevitably say, "Richard were you born in a barn?" His response was typically, "Yes, I was." Richard was the youngest of four children with three older sisters; Norma, Sally, and Sharon, all preceding him in death. He grew up in the quiet, small town setting of Gladstone. He was active in the Gladstone First Baptist Church. He became an active part of the community, and he joined the local chapter of the Jaycees. For a time, he worked for the city of Gladstone. Then he began his own landscape and yard maintenance business; 'Richard's Yard Service'. Eventually, he decided to spread his wings and left Gladstone. He made his new home in beautiful South Lake Tahoe, Nevada, where he worked for Harvey's Hotel and Casino as landscaper and grounds keeper. After many years, he moved to Gardnerville, Nevada, where he worked for Sharkey's Restaurant and Casino doing more of the same kind of work. Richard enjoyed nature. His favorite place to relax in Nevada was Topaz Lake where he liked to go fishing. He also liked to go up into the mountains where he would build a campfire, make a cup of coffee, and sit near a stream. Richard enjoyed some memorable trips. He took a Caribbean Cruise, visited Disneyland and Disney World, and went to Hawaii. He went on a Wagon Train trip retracing part of a historic Pioneer trail. He also made many trips home to see family sure to include visits to Kah-nee-tah and the ocean beaches. Not long after Richard retired, he decided to move back to Gladstone to be near family again. He resided near his sister, Norma, whom he was very close to. He rejoined the Gladstone First Baptist Church which was very important to him. Richard looked out for his neighbors, many of whom were elderly. He would mow their lawns and clean up their gardens. If they could pay him a small amount, great. If he knew a neighbor could not afford such a service, he did it for free because he cared. In his later years he lived at Gilman Park Assisted Living in Oregon City, Evergreen Court in Molalla, and at Mt. View Avamere in Oregon City where he passed away on July 17, 2018. Richard did not have children of his own, but leaves behind a lengthy list of nieces and nephews. We loved him and will miss him. We know he is having a fine Heavenly reunion with family members who went before.

Eldon Richard Schooley Jr. was born to Eldon and Helen Schooley on March 12, 1937 in Gladstone, Oregon. His family was under quarantine from Scarlet Fever at the time, so he had to be born in the family home which Eldon Sr. had converted from... View Obituary & Service Information

The family of Eldon Richard Schooley created this Life Tributes page to make it easy to share your memories.

Send flowers to the Schooley family.