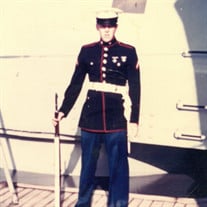 Fred Weiler age 77 of Milwaukie Oregon passed away on September 2nd 2016 at Kaiser Sunnyside Hospital from cancer. Born on August 14th 1939 in Oregon City Oregon to Theodore and Helen Weiler. Fred was the first of the Weilers born on American soil and was very proud of this. His father was born in Alberta Canada and his grandfather was born in Odessa in the Ukraine. The Weiler family left Russia in 1917. While German was spoken in the home he was quick to remind people the family was not German, but Prussian as the Germans had taken their country. As a small boy he lived in California for several years where his father was a translator in the Army for German prisoners during WW2. Being the son of an immigrant father expectations were high and many pressures were put on him as he grew up. His grandparents John and Rosa Jackson played a large role helping soften some of the edges and to make sure there was a softness under his hard exterior. He graduated from West Linn High school in 1957. He married Sherry Rivers in 1962 while in the Marines. Fred served 4 years in the Corps, but always remained a Marine. He was stationed at Camp Pendleton California and served on the USS Topeka in the Pacific. His unit served as support to the troops in Vietnam with the superior artillery fire and air support from helicopters. He was very proud of his time in the Corps. Upon his discharge from the Corps in 1963 he returned to Oregon and lived in Gladstone. After his son Fred Jr. was born the family moved to a small farm in Mulino Oregon. Many memories were created while on the farm. Fred proved to have quite a way with the animals shooting at least one toothless Billy goat. He and Sherry divorced and Fred Moved to Milwaukee where he lived until his death. Fred was a bit of a restless soul. He found his match when he met and married Fran Dionne. The couple had a special relationship and were married for 29 years. Fran was one of the only people in his life who were able to keep him on the straighter and somewhat narrow path. His last words to his son were of his beloved wife. Fred was a renaissance man who had many jobs and hobbies during his lifetime. Some of the positions he held were garbageman, truck driver, police officer, millrite, grain inspector, manager of the service department of Thomason Ford and he owned and operated his own upholstery shop for many years before his retirement in 2001. Fred was also an avid outdoorsman. He loved his time in the woods hunting and on the water fishing. He was an avid shooter and lifetime member of the NRA. He had a love of history and ancient cultures. This was depicted in his artwork, whether it was inlaid details in a rifle stock a replica of a native american spear or a wildlife scene painted on a saw blade. He loved to tinker and and build time saving devices. There was no problem that arose that he couldn't solve with some clever down home engineering. Fred was quite a musician. Encouraged to play the piano at a young age he continued to make make music and try new instruments. He had the ability to pick up an instrument he had never played before and become proficient without any formal training. He had a love for old time country and gospel music, but his true favorite was Bluegrass. He made many special friendships in the bluegrass community and will be missed dearly. He and Fran looked forward to traveling to bluegrass festivals and spending time with friends. Fred was a complex person. While he may have had a rough exterior he had a heart of gold. He had a great sense of humor and loved to tease. While he had no biological siblings Fred did have a couple of brothers who were there for him through thick and thin. Ken Dye and Al Uney were both very special and had a dear spot in his heart. He is survived by his wife Fran Weiler of Milwaukie, Oregon; Son Fred Weiler and Daughterinlaw Dayna Weiler of Damascus, Oregon; daughter, Debbie Cannon and Soninlaw Mike Cannon of Estacada, Oregon; Son Duane Dionne of Oregon City, Oregon; Grandchildren: Zane Weiler, Quade Weiler, Etta “Scottie” Weiler, Townsend Weiler, Kiki and Shaun Dohman, Jabin Dionne, Jaren Dionne; GreatGrand Son: Baby Beau Dohman

Fred Weiler age 77 of Milwaukie Oregon passed away on September 2nd 2016 at Kaiser Sunnyside Hospital from cancer. Born on August 14th 1939 in Oregon City Oregon to Theodore and Helen Weiler. Fred was the first of the Weilers born on American... View Obituary & Service Information

The family of Frederick L. Weiler created this Life Tributes page to make it easy to share your memories.

Fred Weiler age 77 of Milwaukie Oregon passed away on September...

Send flowers to the Weiler family.