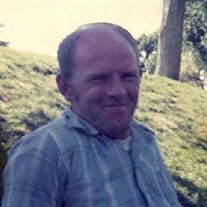 Gerry Noel Gibson, age 75, passed away in West Linn, Oregon on Independence Day, Monday, July 4, 2016. Born Christmas Day, December 25, 1940 in Midvale, Utah he moved with his family to Oregon City in 1948. From a very young age, Gerry learned the value of working hard. Together with his brother Dale, they each had the responsibility of early morning paper routes on their bicycles. Gerry’s talent for building and remodeling began as he worked with his father on various projects on their home on Pleasant Avenue. Gerry had a wonderful singing voice and an even more amazing whistle - often performing in Church and school programs. A graduate of Oregon City High School, he worked as an Ambulance Driver for Oregon City Hospital, followed by several years with the Crown Zellerbach paper mill, and then finally spending the majority of his career as a successful Truck Driver. Gerry had an entrepreneurial spirit, was resourceful, hardworking, and had a gift for gardening and landscaping. Gerry is survived by his seven children and their partners, respectively: Brian and Toni Gibson, David Gibson and Julie Green, Curtis Gibson, Denise and Stan Monte, Amy and Eugene Stender, Elizabeth Gibson, and Jim Gibson. He was proud of his large family that grew to include many grandchildren and great-grandchildren: Jennifer and Scott Costanzo and their sons Nicholas and Joshua, Justin Gibson, Mallorie and Jonathan McDowell, Marshall and Brittany Gibson, Devin and Alycia Monte, and their son Edgar, Jordan Gibson, Jacob Gibson, and Jamie Gibson, Slater Stender and Ethan Stender, Cody and Saydee Gibson, and their children Taygan, Farah and Declan, Cole Gibson, Courtney Gibson and Camryn Gibson. He is remembered with love by Debbie Gibson, Sharon Gaffney, and Dana Gibson. He is also survived by his siblings Dale Gibson of Gladstone, Oregon; Patricia Cheeseman of Orem, Utah, and Pamela Carroll of La Center, Washington. He will be fondly remembered by many nieces and nephews. Gerry was preceded in death by his first wife, Janine in 2014, and his sister Marese Schumacher in 2015. A private Celebration of Life will be held in his honor.

The family of Gerry Noel Gibson created this Life Tributes page to make it easy to share your memories.

Send flowers to the Gibson family.