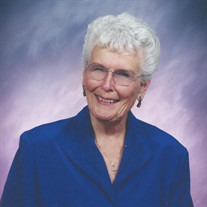 Gloria R. Hardt, Nov 20, 1923 – March 15, 2020 Gloria R. Hardt, aged 96, a longtime resident of Oregon City, Oregon passed away on March 15, in Clackamas, Oregon. Gloria was born Gloria Rue Delle Chindgren in Colton, Oregon on November 20, 1923, the only child of Ben and Ruth Chindgren. She graduated from Molalla High School in Molalla, Oregon in 1941. A World War II veteran, Gloria enlisted in the Navy in 1943, serving as a Yeomanette, primarily at the Clearfield Naval Supply Depot near Salt Lake City, Utah. She was discharged from the Navy in 1946, having risen to the rank of Chief Petty Officer. After the war, she held a variety of jobs including; legal secretary, parish secretary for St. Paul’s Episcopal Church, secretary for the Oregon City School District, and secretary to the President of Clackamas Community College. As a member of St. Paul’s Episcopal Church for over 70 years Gloria, among other things, was a member of the altar guild, a lay reader, member of the choir, served as the church organist, and music director. In addition, during her lifetime, she was runway model for several Portland department stores, active in the PTA, a victim’s advocate for the Clackamas County Sheriff’s Department, a champion weight lifter and ballroom dancer. She is survived by her husband of 17 years, Edward Hardt. She is also survived by a daughter Linda Wilson, her husband Steve; a son Jeff Kemhus, his wife Yvonne; a son Todd Kemhus, his wife Carol; a daughter Michele Alaspa; three grandchildren, and five great-grandchildren. Memorial service/celebration of life TBD.

The family of Gloria Rue Delle Hardt created this Life Tributes page to make it easy to share your memories.

Send flowers to the Hardt family.