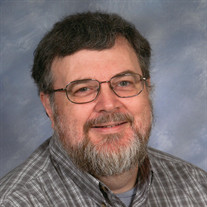 Joel David Sauerwein passed away on February 28, 2017, 7:31 pm at Legacy Hopewell House Hospice in Portland, Oregon. He had been a resident at Prestige Oregon City Care Center. Joel died from a bacterial infection after a long battle with diabetes... View Obituary & Service Information

The family of Joel David Sauerwein created this Life Tributes page to make it easy to share your memories.

Send flowers to the Sauerwein family.