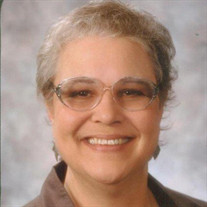 Karin was born in Portland and attended elementary school at both East and West Concord Schools and high school at Rex Putnam, in the early years of the new school. She spent a year at Oregon State University, two years at Portland State University studying Criminal Justice, and multiple years at the University of Portland, Marylhurst College, and Clackamas Community College when she felt like “dropping into college.” Ultimately, all of her various college classes earned her an Associate Degree! Karin is the oldest of two adopted daughters and the middle of five children by her birth mother. Her adoptive family dates back to before the Mayflower. After finding her birth family, she discovered that they also date back to early America and their members include many Revolutionary War patriots. Karin has one son and a “now” daughter. Karin put her Criminal Justice education to use in her career with Clackamas County Parole and Probation for 25 years. She retired at age 50, then returned later to work half-time for another seven years, amassing 32 years of service. Karin spends her spare time reading, knitting/crocheting, and doing historic research on Oregon City and Clackamas County. She is the volunteer Collections Manager for the Clackamas County Historical Society and the co-editor of Old Oregon City, a reprint from the Clackamas County Historical Society, author of Meade Post No. 2, Grand Army of the Republic, author of Oregon City Floods and co-author of On This Day in Clackamas County. In 2017, she was named Oregon City’s “Citizen of the Year.” Karin is a member of the Friends of Mountain View Cemetery and serves on the Boards of the Inn Home for Boys, Clackamas County Women’s Services, Clackamas County Historical Society, and Friends of the Oregon City Public Library. She is also the manager of the library’s Used Book Store. Karin is a life member of both the Daphne Chapter #139, Order of the Eastern Star and Kellogg Court #29, Order of the Amaranth. London is Karin’s favorite travel destination, where she has traveled twice for historic tourism and theatre. She has seen many shows in London by Sir Andrew Lloyd Webber and Baron Lloyd Webber: Starlight Express, Cats, Phantom of the Opera, Aspects of Love, Joseph and the Amazing Technicolor Dream Coat; the world premiere of Sunset Boulevard with Patti LuPone; Patrick Stewart’s one-man Christmas Carol; Dancing at Lughnasa; and Carousel (with Liverpool accents). Author Anne McCaffrey’s Pern series is her favorite set of books and her favorite movie is The Princess Bride! In lieu of flowers donations to world central kitchen or Clackamas historical society.

Karin was born in Portland and attended elementary school at both East and West Concord Schools and high school at Rex Putnam, in the early years of the new school. She spent a year at Oregon State University, two years at Portland State University... View Obituary & Service Information

The family of Karin Denise Morey created this Life Tributes page to make it easy to share your memories.

Karin was born in Portland and attended elementary school at...

Send flowers to the Morey family.