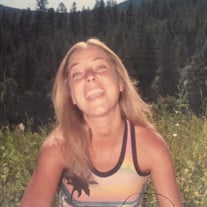 Katherine Arrigo, 62 of Molalla, passed away peacefully with her husband and children at her side. She went to Heaven on December 23, 2018. Kathy was born January 13, 1956, to Frank Kerze and Eleanore Leszcynski Kerze in Northridge, California. As one of nine children in a very loving family, she grew up in Van Nuys, California. She attended St. Brigid of Sweden Catholic Elementary School and Birmingham High School in Van Nuys, Cali and graduated from high school in June of 1974. After high school, Kathy attended North Hollywood Community College and studied Early Childhood Development. From 1975 to 1981 Kathy worked as a Teachers Assistant at the John Thomas Dye School in Los Angeles. As a young adult, Kathy wanted a change and moved to Libby, Montana to join her partner in crime, sister Emma. Moo fell in love with the outdoors and always treasured her time spent in Montana. While on vacation to Maui with her friend Glennis, she met Rod, the man she would marry a year and a half later. They were blessed with their first child Michael Frank Arrigo. The young family moved to the mountains in California and a couple of years later were blessed with their second child Patricia Lenore Arrigo. In 1993 the family moved to Oregon; Moo went to work at the middle school in Molalla as a food service worker. Where she met many of the children who now as grown-adults knew her as a friend. Moving to Oregon gave us the opportunity to visit with Moo’s sister Jeanie and her family in Yamhill at their place on the river. Unfortunately, Jeanie passed away with complications of Multiple Sclerosis in 1998. River rafting, camping, and fishing were some of our favorites as well as supporting our kids in sports. Ironically Moo was diagnosed with MS the same year her sister passed away. Moo was fiercely independent and a strong fighter. With a positive attitude and a smile on her face, she did everything she could to slow the progression of the disease. In 2006 Moo inspired a project that would provide fishing opportunities for others with disabilities, and in 2007 a fishing platform and boat ramp were constructed on Estacada Lake. Kathy was a devoted, loving wife and mother who cherished her time spent with family and friends. She was especially proud of her two grandsons Rylan and Talyn. Moo was a beautiful person inside and out. She will be remembered for her great sense of humor, her strength and determination and her love of life. Kathy was preceded in death by parents Frank and Lenore Kerze and sister Jeanie Molinelli. She is survived by her husband of 34 years Rod, son Michael Arrigo, daughter-in-law Cheri Arrigo, daughter Patty Stewart, son-in-law Cody Stewart, grandsons Rylan Stewart and Talyn Stewart. Her Heart Daughter Carla Dupin De Saint Cyr and grand dogs Kora Sue, Bailey and Brody. Her brothers Bill Kerze, Michael Kerze, Joe Kerze, Pat Kerze, Frank Kerze, sisters Tina Aghily, Mary Williams, many nieces, and nephews.

Katherine Arrigo, 62 of Molalla, passed away peacefully with her husband and children at her side. She went to Heaven on December 23, 2018. Kathy was born January 13, 1956, to Frank Kerze and Eleanore Leszcynski Kerze in Northridge, California.... View Obituary & Service Information

The family of Katherine Frances Kerze Arrigo created this Life Tributes page to make it easy to share your memories.

Katherine Arrigo, 62 of Molalla, passed away peacefully with...

Send flowers to the Arrigo family.