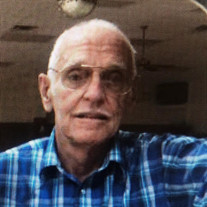 LaVon C. Hove – died peacefully in his home on January 6, 2019, in Lake Oswego, OR. Everyone called him Lucky, and he was beloved by his family and friends … LaVon C. Hove (Lucky) was born in Canada on December 17, 1930 to Thomas and Beulah Hove; who soon thereafter emigrated to the U.S. before his 1st birthday. He was an only child; happy and hardworking, he grew up in Northwood, IA with his parents. His first service was to his country, where at the age of 18 he enlisted in the National Guard. His unit was later called into combat during the Korean War, where he served in the infantry as an Army Sgt., 5th Cav. – until he was seriously injured in a mortar attack in 1951. For his heroism, Lucky received the Korean Service Medal, a bronze star and a purple heart. On October 26, 1968 Lucky married the love of his life, Pat (Patricia Bowers). They were working class folks and their life was filled with many wonderful adventures. Yet above everything else, Lucky and Pat loved their family; and all their dear friends. They were Patriotic, shared a strong faith, a passion for life, respect for others and belief in the integrity of all work. Despite the toll his combat injuries had upon his ability to work without pain, he remained employed into his early 70’s. Always resourceful, Lucky was a ‘jack of all trades’ and held down a great many jobs over the years; the most important of which was as husband to his beloved wife, Pat. Together they raised four children in whom they were very proud; not only for their accomplishments, but in the way they modeled love in their families and in the communities where they served. Their four children include Alan (Rosalie) Hove, Julie (Larry) Peters, Connie Dalton and Terry Hove (deceased). Grandchildren from Al & Rose are Nate (Lauren, his significant other) and Tyler (Jillian); from Julie & Larry are Eric (Karen) Peters, Jonathan Peters, and Kyle (Nicole) Peters; and from Connie are Christopher (Nicole) King and Zackary (Alex Holicky) King; as well as great-grandchildren: John, Rowan, Jackson, Paige, Christopher, Nova and Olivia. And, they enjoyed the love of many nieces and nephews, other relatives and friends. In addition, Lucky is survived by three children form his previous marriage: Vicky (Dan) Robson, Jim (Patty) Hove and Sheryl Morgan; grandchildren: Dan (Susie) Stiehl & Sarah Steele, Aly (Chris) Fugere & Cameron Hove, and Matt (Maria) Turbett & Jon Turbett; as well as great-grandchildren: Ava Georgia, Jacelyn, Oliver, Eli, Elizabeth and Emma. Heartfelt thanks are given to all the caregivers, hospice folks and other dear relations; including but not limited to, Kenny & John Allen, Barbie & Fly Barfield, Judy LaMotte and Doreene Uzuanis. Blessed be the memory and Spirit of Lucky Hove! In lieu of flowers, contributions can be made to the family to purchase a memorial bench. Please contact [email protected]

The family of LaVon "Lucky" C. Hove created this Life Tributes page to make it easy to share your memories.