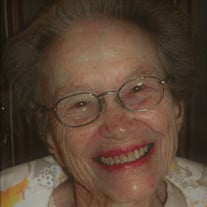 Our solar eclipse occurred on July 23rd when the light went out on the illuminating smile of our beloved mother, grandmother and great-grandmother. Luann was the widow of United Methodist Church pastor the Rev. Dr. Clark Enz and the only child of Samuel Harrison and Rose (Logsdon) Green. Raised on a farm in Madison, Kansas, tagging after her father, Luann always unapologetically reveled in outside chores and rebelled against housework. In 1938, affected by the Depression and the Dust Bowl, the small family moved near relatives in Salem, OR so Luann could attend Willamette University and live at home. She worked at the cannery in the summers and the college library during the school year. For extra money, she also typed papers for classmates, most notably for former governor and Senator Mark O. Hatfield, who she was proud to say always remembered her. During her junior year she fell in love with another transplanted Kansan, University of Oregon senior Clark S. Enz, who was headed to seminary in Boston after his graduation in 1941. Clark and Luann were married in 1942 and moved to a small parish near Boston. While Clark was in school, Luann worked at the local woolen mill and volunteered as a plane spotter as part of the war effort. Returning to Oregon, Luann was Clark’s partner, helpmate, and often unpaid church secretary, Sunday School teacher, choir director, parish hostess and even church softball coach. Together they raised 3 children as they served UMC churches in Dallas, Cottage Grove, Oregon City, Roseburg, Tigard, Gresham and Willamette. An Oregon history buff, Luann enjoyed accompanying Clark when he became district superintendent of central/eastern Oregon giving them new places to explore. Internationally, they represented the church at gatherings in Singapore, Kenya, Brazil and Israel. To pass the time while traveling or sitting through meetings, Luann’s handiwork was evidenced in sewing her children’s clothes, crafting amazing quilts, braiding rugs, cross-stitching and embroidering linens, and making special receiving blankets for each newborn in the family and in their congregations. Her love for angel ornaments became her signature gift to each child and grandchild at Christmas. Despite her daughters’ efforts, Luann eschewed fashion and makeup, insisting that as long as she was ‘clean and covered’ that was good enough, but she did love colorful jewelry, especially that made by her great-grandchildren. While not a fan of kitchen duties, Luann loved candy-making and everything peanut butter. The reigning queen of popcorn, her peanut butter topping was legendary. To the end, she kept a bowl of Chicago mix popcorn for visitors and staff to enjoy. Education was always an important value; Luann was proud of her membership in AAUW. When her children were in elementary school, Luann returned to school to earn a teaching credential. Since the local culture didn’t approve of the pastor’s wife being employed full-time, she substitute-taught and later became a junior high administrative secretary with the ability to take over a classroom when needed. She loved working in the schools and attending the high school and college graduations of each grandchild from coast to coast. Music was a dominant part of Luann’s life starting with violin at age 6, the French horn at 14, and participating in various choirs throughout her life. Classical church music and Broadway musicals were her favorites and she imparted this love of music to her children. At 96, Luann Enz was an independent thinker, well-informed and opinionated; she was thrilled to experience the first black president and deeply distressed that the first woman president did not follow. She was committed to the principles of social justice and equality and contributed to many causes that supported such efforts. As a college student, she saw classmates sent to internment camps, a memory that forever haunted her. Luann Green Enz loved greatly and was greatly loved. She was all about family, her own and her community of friends and staff at her cherished Willamette View residence of 27 years. The walls of her apartment were adorned with the photos and drawings of loved ones, each evoking a story and a treasured memory. Luann is pre-deceased by her parents and her husband, and survived by her children, Linnea Enz Chu (Franklin) of Bainbridge Island, WA, Jonathan Enz (Dorine) and Karen Enz Hunter of Oregon City; grandchildren, David (Jessica) and Michael (Alice Kassen) Enz, Matthew (Kattarina) and Marco (Shaheena) Simons, Gretchen (Jeff) McCoy, and Ryan (Eve) Hunter; great-grandchildren Savannah, Hunter and Colton Enz, Jade, Sadie, Storm and Molly McCoy, Leila and Emil Simons and Autumn Hunter. The family wishes to thank all the wonderful friends, employees and caregivers at Willamette View for their amazing love and support. A celebration of Luann’s life will take place at the Oak Grove United Methodist Church on Sunday, August 13th at 3pm. All are welcome; a reception will follow. Burial was at Willamette National Cemetery, where she joined her husband of 71 years. In lieu of flowers please contribute to Willamette University, the Willamette View Foundation or the camping program of the Oregon United Methodist Church conference.

Our solar eclipse occurred on July 23rd when the light went out on the illuminating smile of our beloved mother, grandmother and great-grandmother. Luann was the widow of United Methodist Church pastor the Rev. Dr. Clark Enz and the only child... View Obituary & Service Information

The family of Luann Green Enz created this Life Tributes page to make it easy to share your memories.

Our solar eclipse occurred on July 23rd when the light went out...

Send flowers to the Enz family.