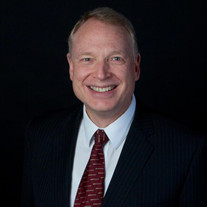 Mark Wylie Hornibrook, 70, was a loving and kind man who radiated joy and faith. He passed away at his home in Wilsonville, Oregon on February 9, 2022, having been lovingly surrounded by his wife, children, and grandchildren. Mark was born on December 28, 1951, in , San Bernardino California to Patricia and Rex Hornibrook. From an early age, he showed a natural inclination for building things. This resulted at first in bike ramps and treehouses, then in a summer job constructing homes, and eventually to founding and building great companies. After graduating from Saddleback High School in Santa Ana, California in 1970, Mark attended Cal Poly San Luis Obispo, where he received a BA in Architecture and the AIA Award of Merit as the student with the highest GPA of his graduating class. Soon thereafter in Provo, Utah, he met Ane, who would become his best friend and the love of his life. Ane led the singing at Mark’s baptism when he joined the Church of Jesus Christ of Latter-day Saints, and they were married one year later in the Salt Lake Temple. Together, Mark and Ane raised five children—4 sons and 1 daughter. Proud of the amazing and compassionate individuals they have all become, Mark loved his family dearly and enjoyed every moment he spent with his children and his 19 adorable grandchildren. As Mark and Ane were starting their family, Mark shifted careers from architecture to business. He received his Masters of Business Administration from the BYU Marriott School of Management in Provo, UT, and he helped found the company Forethought, where his ingenuity was on full display as he created industry-defining insurance products. He went on to create PreQuest in 1990 before starting Lincoln Heritage Funeral Planning in 2004, which was later named Precoa, The Preneed Company of America. For the last decade, Precoa has been the fastest growing preneed company in America, and it has been recognized numerous times for its values-based workplace culture. Mark also loved to travel. It began when he backpacked across Europe as part of a Senior Project in college. In the years since then, he and Ane have ventured around the globe, sharing many sweet and fun-filled memories. Over the course of their journey together, they also lived in many places across the United States including California, Utah, New York, Indiana, South Dakota, Ohio, Texas, and Oregon, which is where they finally settled. In 2012, Mark was diagnosed with Stage 4 Metastatic Melanoma and given 3-6 months to live. Innumerable tumors were found, yet with the power of countless prayers and the help of new cancer treatments, Mark survived for another decade. The cancer returned many times, and Mark was willing to try everything to fight it. This last decade of Mark’s life was challenging, but it was also filled with blessings as he and his family experienced more love, comfort, hope, patience, and faith than they ever thought possible. Even during the hardest times, Mark had a wonderful sense of humor. With his quick wit and dry delivery, he made his family and anyone else who knew him laugh. He was an exceptional designer and gardener who created a beautiful backyard paradise complete with meticulously placed flowers and plants, along with a play structure and zip-line course (which he, of course, built with his family). Through Mark’s example, many have been inspired to become better leaders, parents, and friends. His kindness and steadfast faith served as a model in his roles as bishop and counselor in the stake presidency, and he made it his quest to listen closely to any spiritual promptings he received and to have the courage to act in faith. Mark is survived by his wife of 43 years, Martha Ane Hornibrook, his mother and her husband, Patricia & Conrad Zagwyn, and sisters Gail Pilen (Doug) and Julie Gardner. He is also survived by his five children and their spouses: Jon & Amanda Hornibrook, Michael & Heather Hornibrook, Tyler & Kelsey Hornibrook, Eric & Jessica Hornibrook, and Rachel & Tighe Racicot, as well as 19 grandchildren and many extended family members and friends. In lieu of flowers, please consider making a donation to the Humanitarian Aid Fund of the Church of Jesus Christ of Latter-day Saints or to Doctor Matthew Taylor’s cancer research projects (in comments indicate: “Dr. Matthew Taylor’s research”). Hillside Chapel in Oregon City is helping take care of arrangements.

Mark Wylie Hornibrook, 70, was a loving and kind man who radiated joy and faith. He passed away at his home in Wilsonville, Oregon on February 9, 2022, having been lovingly surrounded by his wife, children, and grandchildren. Mark was born on... View Obituary & Service Information

The family of Mark W. Hornibrook created this Life Tributes page to make it easy to share your memories.

Mark Wylie Hornibrook, 70, was a loving and kind man who radiated...

Send flowers to the Hornibrook family.