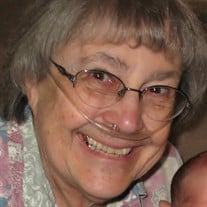 Our beloved Wife, Mom, Grandma and Great Grandma, sister and Friend, Mary Ann Soderwall Kunze went to see Jesus on Saturday morning October 13 2018 at the age of 81. Mary passed away peacefully in her sleep at her home from emphysema. Her family... View Obituary & Service Information

The family of Mary Ann Kunze created this Life Tributes page to make it easy to share your memories.

Our beloved Wife, Mom, Grandma and Great Grandma, sister and...

Send flowers to the Kunze family.