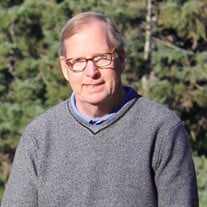 Robert Meredith Ghrist died a competitor in the Tulip Trail Run on March 23, 2019. He was 65 years old. Robert was a man of unlimited kindness. He loved his family above all else. He was an active man who would play golf or bridge every hour of the day if possible, but could otherwise be found in his garden where his flowers bloomed. He also could be found going on adventures and making mischief with his two grandsons. Robert’s mother Elizabeth is renown in Houston, Texas for her civic contributions fundraising for many charities. Robert’s father John was an avid outdoorsman who fished and hunted together with Robert. Together, Liz and Johnny raised four children in Houston, Texas. Robert was their eldest son and was born in Albuquerque, New Mexico on January 17, 1954. Robert attended Robert E. Lee High School before attending Rice University and medical school at the University of Texas. Before completing medical school, Robert met Barbara Dunkle, a yankee. They married on the campus of the University of Pennsylvania on a snowy and frigid day, December 19, 1981. Despite the cold, their love was warm, which led to the welcoming of their three children Carolyn, Diane, and Andrew. The family of five toured the country together and made roots in Davis, California. They would later welcome their adopted son and nephew, Alex, into their family. In Davis, Robert was able to fulfill his dream of being a small-town doctor where he would frequently bump into his patients on the street. Many of his patients would drive over an hour to see him because he was just that good. Robert cared so much for his patients, he even made house calls to his elderly patients just to say hi. He loved being a doctor and doing so much to make his patients’ lives better. Robert and Barbara moved to Oregon City in November 2016 to be near his two favorite companions, his grandsons Jack and Henry, as well as to fulfill his and Barbara’s dream of retiring together in the Pacific Northwest. Robert became an immediate staple in the Oregon City community. He could be found volunteering at various Oregon City events with Carolyn, who teaches at Oregon City Preschool. He even once operating the municipal elevator. Robert was a member of Willamette Valley Country Club, where he could be found on multiple days a week. He was so happy to find the welcoming community there, especially with the senior men’s group. He loved being able to hit balls with Jack and Henry at the driving range and for golf lessons. Robert will be remembered for his intelligence and subtle wit along with his extraordinary generosity and kindness to both his family, neighbors, friends, and strangers alike. He was a man who had deep empathy for the poor and veterans of war who had difficulty getting access to medicine. His family is so grateful to have had him and his exceptional love for them. Robert is survived by his wife, Barbara; his mother, Elizabeth; two daughters Carolyn and Diane; two sons Andrew and Alex; two grandsons Jack and Henry; sister, Genie; brother, John; nephews Gregory, Patrick, Matthew, Danny, and John; and nieces Meredith, Melissa, and Elizabeth. He was so proud of all of us.

Robert Meredith Ghrist died a competitor in the Tulip Trail Run on March 23, 2019. He was 65 years old. Robert was a man of unlimited kindness. He loved his family above all else. He was an active man who would play golf or bridge every... View Obituary & Service Information

The family of Robert M. Ghrist created this Life Tributes page to make it easy to share your memories.

Send flowers to the Ghrist family.