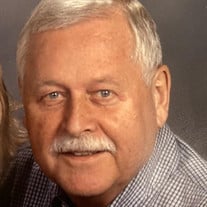 Bob was born as a first-generation American of Swedish descent, born to Richard William Steed and Stina (Westman) Steed. He was the seventh of eight children, all born at home in Portland. He attended Rose City grade school, Grant High School, and could still sing their anthems. Undergraduate at Lewis and Clark College, post-graduated from U of O and MBA from Northwestern University’s Kellogg School of business in Chicago. Between degrees, Bob fulfilled his ROTC obligation in the U.S. Marine Corps. He piloted F4 Phantom in the early Vietnam conflict. His professional life started at Emanuel Hospital in the early sixties. Starting in Human Resources and soon becoming a Vice President. At Emanuel, he met a student nurse who stole his heart and kept it for the rest of his life. They were married as soon as Rebecca (Montgomery) Steed graduated from EHSN. While at Emanuel, Bob was responsible for the formation of the Burn Unit and bringing Life Flight to Portland. In 1984 he moved his family to Rapid City, S.D. Where he was the C.O.O. of Rapid City Regional Medical Center. Returning to Ore. In 1986 to become the C.E.O/President of Willamette Falls Hospital in Ore. City, Retiring from there in 2001. Bob loved his work and the people who worked there. He valued and respected each of them. While there, Bob had the Birthplace built, Medical Office Building, and upgraded all pt. rooms to private. Of all his accomplishments, he was proudest of his children. He felt his children received the best traits of both parents being smart, hardworking, loving parents, and having integrity. His children are Richard C. Steed/ Clarise Gavin of Seattle, WA, Rebecca K. Sturges/ Jeff of PDX, Jeb Steed/ Keri, and Randall Steed/ Meredith Scanlon of O.C. Six grandchildren that he had the privilege of being a part of their lives. Bob is preceded in death by his parents, sisters Ruth Price and Alma Steed. His brothers, Richard, Roy, Ray, and Rod Steed. Left to grieve are his wife Rebecca, children, and grandchildren. His sister and brother-in-law Patricia and Gerry Wilson and three generations of nieces and nephews, brother and sister in laws Mike / Christine Montgomery and Pat Montgomery / Lisa Lively. A special thank you to his nephews the "Price Boys” who gave him good memories of golf and lunches. His niece Dale Rushton for facilitating contact with his sister, Pat. Appreciation to our friends and neighbors who walked with us through the decline and changes brought on by Alzheimer's. They were always kind and caring to him. Bob will be remembered for his intelligence, integrity, twinkling blue eyes, and being a true gentleman. May Bob be fishing with the “Maxwell Lake Gang” through eternity. Due to Covid, a memorial service will be held at a later date. In lieu of flowers, donations can be made to the Willamette Falls Foundation or The Dougy Center, which were close to his heart.

Bob was born as a first-generation American of Swedish descent, born to Richard William Steed and Stina (Westman) Steed. He was the seventh of eight children, all born at home in Portland. He attended Rose City grade school, Grant High School,... View Obituary & Service Information

The family of Robert "Bob" Allan Steed created this Life Tributes page to make it easy to share your memories.

Bob was born as a first-generation American of Swedish descent,...

Send flowers to the Steed family.