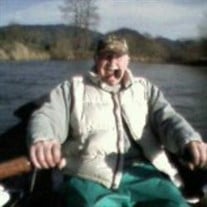 Ron was a man who loved life to the fullest. He was born to Nigel Bowen and Pearl Bowen (Barclay) and was raised in Portland off 110th and Stark Street. Many will know him through his years at Russellville Grade School, and then Franklin High School (Portland) where he lettered all 4 years in Baseball, Basketball and 3 years in Football (he was inducted into the PIL hall of fame). Ron had a very interesting and challenging life being born in 1925 and raised through the depression. He was an only child with the exception of his Uncle Wiley who was raised alongside him. After finishing High School, Ron had a minor league contract to play baseball in hand when he was placed into service during WWII. He initially was sent over with the Army Infantry, and then re-assigned to the Air Corp once arriving in Italy. WWII was very private to him, and he never discussed in detail what he did- he was always thankful for making it home and the sacrifices that others made for his freedom. After his service in the Military, Ron went onto play minor league professional baseball with many different teams. He also managed minor league baseball teams before settling down and becoming a Fireman (Firefighter). Back in his days they were known as Fireman. Ron retired after his career of 25+ years at Milwaukie Oregon Fire Department. Ron had three children (still surviving), Steve, Susan and Scott, along with 5 grandchildren and one great grandchild. He is survived also by two half sisters, and his companion Bev. He was preceded in death by his Mother and Father and all his Uncles. Most people, who passed through his life, became his friend. He was blessed to have a lifelong companion in Bev Madden- the beginning and end of his life. The names are too numerous and surely many will not get written down, but men like Don Manthey, Don Ham, Marv Rasmussen, the late Steve Troy will always be in the families heart as examples of what true friendship and commitment is. Ron enjoyed any activity outside and most enjoyed hunting and fishing even up to his death. He was never afraid to work, and his hands (that anyone remembers) were huge paws that could still crush you when he shook your hand. He made everyone around him smile and feel like family when out on the river or while sitting on the porch smoking his pipe with a cup of coffee. He always made time for his grandchildren and always cherished his time with his children. The families of Ron Bowen wish that no flowers be sent. If you wish to send a note, please utilize the on-line guestbook and we will receive it. Dad asked that we would have a small memorial with family. He asked for a simple and practical end to his life- which is fitting to the way he lived his life. PDF Printable Version

Ron was a man who loved life to the fullest. He was born to Nigel Bowen and Pearl Bowen (Barclay) and was raised in Portland off 110th and Stark Street. Many will know him through his years at Russellville Grade School, and then Franklin... View Obituary & Service Information

The family of Ronald C. Bowen created this Life Tributes page to make it easy to share your memories.

Ron was a man who loved life to the fullest. He was born to Nigel...

Send flowers to the Bowen family.