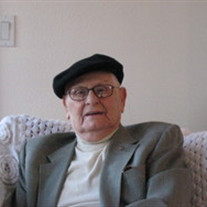 Savanarola Oliver Baker, born in Oregon City,Oregon on January 27,1918. Born in the Church his Father built and pastored before him. Named after an Italian Monk, Savanarola. Martyrd for his spiritual beliefs regarding Jesus Christ. He pastored till he was into his eightys. Married to Lillian M Baker July 15, 1938. He and his wife Lillian M Baker, had 5 children, Myrna Lee Baker, deceased after living 2+ years, Andrew C Baker III , Marcee L Hammang, Karlee A Naranjo and Lana M Baker. With 11 grand children:Bernie O Baker, Sheri L.Kuretich, Timothy A Baker, Andrew C.Baker IV,Desiree C.Baker, Lois I Roberts, Jodee L Hammang-Burgoyne, Randy A Naranjo, Kimberly A. Bailey,Tyer Wiedewitsch, Trever Wiedewitsch,and great "grands"he would say: Jordon, Lindzee, Danielle, Brenton,Rachelle, Rochelle, Ryan, James, Addison, Ashlee, Emilee, Kelcee Beth, Jayden. He has one sister still living,Gladys Vandenberg. She was the baby of his family and lives in Colorado. His Oldest sister,Laverne Galley and his only brother, Andrew C Baker II, both deceaced many years ago. He came from pioneer stock, his Mothers Mother came across the country in a covered wagon, to Oregon. Christ Church Apostolic is one of the oldest churchs in Oregon City. Which his Father, Andrew Clark Baker founded and built. Oliver Baker, carried on the work at this church and participated to some degree until his death. Some of his interests and loves were, playing the violin, fishing, hunting, cooking for his family, always including his children in trips, going out to wonderful restarants. places of interest, ALWAYS bringing the joy, fun, laughter, generosity and never meeting a stranger! He loved God and was an orator extraordinair, incredible vision and knowledge of Jesus Christ and messenger ahead of his time. As the leader of the Baker Clan, he will be sorely Missed! We know that he may be missing from our circle and yours, but he is still with us in our hearts. His humor, devotion, love, generosity and his own humanity,his faith, his faults and failures and his willingness to take owness and move forward, speaks volumns to his personal growth,and will be with us always. PDF Printable Version

Savanarola Oliver Baker, born in Oregon City,Oregon on January 27,1918. Born in the Church his Father built and pastored before him. Named after an Italian Monk, Savanarola. Martyrd for his spiritual beliefs regarding Jesus Christ. He pastored... View Obituary & Service Information

The family of S. Oliver Baker created this Life Tributes page to make it easy to share your memories.

Send flowers to the Baker family.