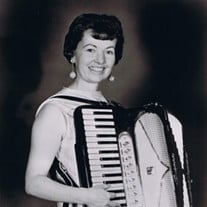 Story of Grandma Pat, compiled by her granddaughter, Tami Lyman Patricia LaVerne Scott was born March 11, 1931 to Virgil and Winifred Scott, at the beginning of the great depression. Despite much hardship that came with that time, she enjoyed... View Obituary & Service Information

The family of Patricia LaVerne Rasmussen created this Life Tributes page to make it easy to share your memories.

Story of Grandma Pat,
compiled by her granddaughter, Tami Lyman

Send flowers to the Rasmussen family.