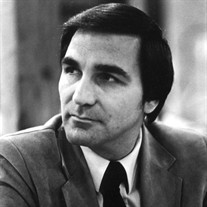 Theodore Ralph Groener was a Christmas baby, born Dec. 25, 1941, to George Groner and Mary (McKee) Groner in Oregon City, Oregon. He attended local schools and graduated from West Linn High School in 1960. He spent four years in the U.S. Air Force and was awarded the Airman’s medal for heroism. In 1965 he married Sharon Rich, of Oregon City. Initially attending Portland Community College, they moved to Eugene where Ralph attended and graduated from the University of Oregon. While in college, Ralph worked part-time at a local Safeway, and became a member of the retail clerk’s union. Upon graduation in 1969 he worked as a community organizer for the war on poverty, taking his first steps on a lifelong pathway fighting for the underprivileged and working families. Ralph loved to talk. He could out-talk anyone, anytime, anywhere. That trait served him well as he followed in his uncle’s footsteps, Oregon State Sen. Richard Groener, and embarked on a lifelong career involving politics. Ralph was elected to the state legislature in 1972, where he served two terms in the Oregon House of Representatives. In 1973 Ralph was an original co-sponsor of the first Gay Rights Legislation to be introduced in the nation. He was also instrumental in the passage of SB 100, Oregon’s landmark land conservation legislation, as the bill’s carrier on the House Floor. Ralph was then elected to the Clackamas County Board of Commissioners, where he served tirelessly for eight years advocating for children and senior citizens in particular. Following an unsuccessful run for Oregon’s statewide Labor Commissioner position, in 1990 Ralph began a 30-year career as a political coordinator and lobbyist for the American Federation of State, County and Municipal Employees (AFSCME). For over three decades Ralph was a constant and uplifting presence at the state capitol. A familiar sight (and sound) roaming the halls of the building. He and his long-time colleague Mary Botkin were twice voted as the most effective lobby team by the Oregon Capitol Club. Ralph retired from AFSCME in 2018, but fervently continued his advocacy until his death. Ralph’s career was filled with dozens of awards and accomplishments: United States Air Force Airman’s Medal, 1963; Oregon State Sheriff’s Association Award of Valor - Three-time recipient; Outstanding Youth Leader of Clackamas County, 1972; Distinguished Service Award from the American Association of Retired Persons, 1972; One of the Outstanding Young Men of America, 1973 and 1975; Oregon’s Outstanding Educator-Statesman Award, 1975; Oregon League of Cities “Friend of Cities Award, 2005; NW Senior and Disability Services Advocacy Award, 2018. Ralph passed away on June 1, 2022, ultimately losing a dogged fight to cancer. He is survived by his wife, Sharon; daughter Hilary Groener; son Chris Groener; and granddaughter Cassidy Hedger and her husband, Corey Hedger. Also surviving Ralph are 3 siblings: brothers Robert Groner of Molalla, OR: Elmer Groener of Bend, OR; sister Mary McLaskey of Richmond, VA; and numerous cousins, nieces and nephews. One brother, George Groner preceded Ralph in death. Ralph is also survived by literally hundreds of friends and colleagues from the union, political and legislative world. In Lieu of flowers, remembrances in honor of Ralph’s life may be made to the Ralph Groener Memorial Scholarship at Clackamas Community College: https://give.clackamas.edu/groener or sent to: Clackamas Community College Foundation 19600 Molalla Ave., Oregon City, OR 97045. with “Ralph Groener Memorial” in the memo.

The family of Ralph Groener created this Life Tributes page to make it easy to share your memories.

Customized sympathy cards. Mailed for you.