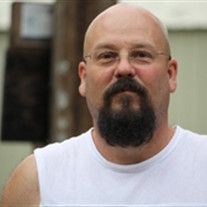 I have to approve Guestbook entries before they show, you do not have to send them more than once. ROBERT LEE NICOL "Bob" MEMORIAL SERVICE NOVEMBER 27, 2009 WHEN I LEAVE YOU When I must leave you for a little while, Please do not grieve and... View Obituary & Service Information

The family of Robert Lee Nicol created this Life Tributes page to make it easy to share your memories.

I have to approve Guestbook entries before they show, you do...

Send flowers to the Nicol family.