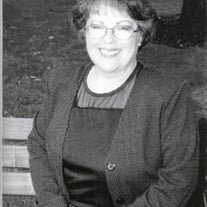 Susan Elizabeth Freitas, 61 of Hubbard was born Feb. 2, 1950 in Oregon City to Tom and Carol Cutsforth. She passed away due to heart failure on Jan. 12, 2012 in Salem with her family by her side. Susie married Ernest Del Freitas on September 21, 1974.They lived in Portland for a short time after they were married and then moved to John Day. Susie and Ernie were longtime Canby residents where they raised their two daughters Sadie and Emily. They also lived in Woodburn, Sandy, Vancouver, WA, and most recently Hubbard. Susie was the youngest of six children, and grew up in Sandy – in the same farmhouse where she and Ernie later married. Following graduation from Sandy High School, Susie attended cosmetology school in Portland. Susie was an accomplished writer and is the author of the acclaimed mystery The Rite Place which she followed up with Wagons Away. Her writing genres also included young adult fiction and a children’s series titled Adventures with Farmer Tom and Granny Carol. As a published poet, Susie achieved both national and international attention. Susie was also the producer and star of the Welcome To My Kitchen cooking videos. Susie loved to cook, and was a talented chef and the owner of the Mi Cocina Restaurante in Canby. Her ingredients for success not only included cooking and writing but also being a loving wife, mother, daughter, sister, grandmother, aunt and friend. Susie worked as a beautician, bartender and waitress and then became a stay-at-home mom when her children were born. When her daughters got older she worked as a chef and managed the kitchens at Cisco and Poncho’s Mexican Restaurant in Portland , the Elm Street Inn, Wally’s Chinese Kitchen, and the Canby Adult Center, all in Canby. Susie was also a member of Gleaners. Her hobbies included collecting works of art, knitting and crocheting, craft projects, and singing. Susie is survived by her husband Ernest; daughters Sadie (Ken) Cordell, Vancouver, WA and Emily (Dustin) Mengis), Klamath Falls, OR; grandchildren Rowen Freitas, Vancouver, WA; Tristen Mengis and Payton Mengis Klamath Falls; brothers Dennis Cutsforth, Portland; Alan Cutsforth, Portland; sisters Sharon Reynoysa, Stevenson, WA; Karen Hines, Las Vegas, NV; Tami Vega, Costa Rica; numerous great-grandchildren, nieces, nephews, and cousins, and adopted daughters Dee, Kacey, Kelly, Shelly, Carri, Angie, and many friends. She was preceded in death by her parents Tom and Carol Cutsforth Services will be held Thursday, Jan. 19, 2012 at 11:00 AM at Hillside Chapel, 1306 7th St. in Oregon City. Burial will follow at 1:00 pm at Willamette National Cemetery, 11800 SE Mount Scott Blvd. in Happy Valley. Someone so special... ...can never be forgotten PDF Printable Version

Susan Elizabeth Freitas, 61 of Hubbard was born Feb. 2, 1950 in Oregon City to Tom and Carol Cutsforth. She passed away due to heart failure on Jan. 12, 2012 in Salem with her family by her side. Susie married Ernest Del Freitas on September... View Obituary & Service Information

The family of Susan Elizabeth Freitas created this Life Tributes page to make it easy to share your memories.

Send flowers to the Freitas family.